Dear Editors,
Thank you for the excellent work you do on this page. This is a copy of a comment that I sent to the University of Tubingen through their website. Please feel free to post as a separate article in my name.
Jasser Auda
--
Dear Sirs/Madams,
I am writing to you at the University of Tubingen to thank you for the reply you posted on the uninformed and unfounded allegations that were written about me in the Stuttgarter Nachrichten. From my side, I am consulting with lawyers as to what the best action could be to hold the writers and the newspaper accountable for their false allegations and unfounded defamation.
On the other hand, I would like to add a few comments, in expression of myself and about your reputable university and its excellent professors and students, and I would be grateful if you can post this email as a comment from my side on the whole episode.
A newspaper that respects itself and its readers should not cite some unknown "eyewitness" to express the ideas of a professor and writer like myself. My ideas are expressed through my many books (25 so far, in English and Arabic, some are translated to the German language, by the way), my articles (hundreds, so far) and online and TV media (there are hundreds of hours on the internet, and a lecture recording of almost every course I taught in universities in different countries). It is not professional and not ethical, to say the least, to write about my scholarship without proper academic citation.
Nowhere in the hundreds of resources and media hours I am suggesting for reference here, nor in my 30 years of lecturing in universities, east and west, have I expressed what the newspaper crudely labels as "anti-Western world view of the Muslim Brotherhood", "end of democracy", let alone calling for an "Arab Empire"! These allegations are false, and very interesting.
I am not "anti-western" or "anti-democratic". I consider myself to be a Western Muslim and a believer in democracy and multi-culturalism. I am a Canadian citizen and I taught in a number of western universities, the latest of which is visiting Carleton University in the Canadian Capital, Ottawa.
And I am not an "Islamist", in any political sense. I am an Islamic scholar and professor, and I teach and write on Islamic Objectives of Law and Quranic Studies. I discuss political issues, sometimes, strictly from a theological/ethical viewpoint, but never for the sake of any political party or political colour - east or west.
And I am not a member of the Muslim Brotherhood, either, and I have nothing to do with the current political scene in the Middle East. But I do disagree with tyranny, dictatorship and despotism, whether in the Arab World and anywhere else, on ethical and human rights grounds.
And the claim that the International Union for Muslim Scholars (IUMS), of which I am a Founding and Board Member, is an "MB organization" is a false claim as well. I reported what was written to the Board of IUMS and we asked the Union's lawyer to research possible legal action. IUMS comprises in its membership more than 90 thousand Muslim scholars from all over the world and from all Islamic schools, groups and streams, including Sunni, Ibadhi and Shia Muslims. IUMS is not "affiliated to the Muslim Brotherhood" in any sense and it expressed that in numerous occasions and statements, so did the European Council for Fatwa and Research (ECFR), of which I am a member. ECFR also preserves its legal rights against these false claims.
And claiming that Qatar Foundation, or any of its academic projects, is "affiliated to the Muslim Brotherhood", is actually laughable! Any simple person, let alone a journalist, who has any knowledge of the Middle East and its countries would know very well how false this statement is.
And Sheikh Yusuf Al-Qaradawi is indeed one of my former professors and, before his retirement, was the Chairman of both IUMS and ECFR. He is, without any doubt, one of the leading contemporary Muslim jurists who is an expert in the Islamic traditional schools of law. However, he does have stances that I find unacceptable and I disagree with. I expressed these disagreements publicly, as people who read my articles and books know very well.
Finally, I enjoyed my visit to Tubingen and its university very much, and it gave me an excellent impression about German academia and especially the German approach to religious studies. I spoke about this in one of my public lectures in Carleton University in Canada. The program in Tubingen is a high-standard program and indeed succeeded to attract some brilliant students. Prof. Dr. Mouez Khalfaoui is a scholar of Islamic law who has an excellent contribution to scholarship, especially when it comes to the role of religion in the causes of justice, peace and human rights. I will be more than happy to visit Tubingen again and contribute to its vibrant scholarly community.
Thank you again, and all the best. 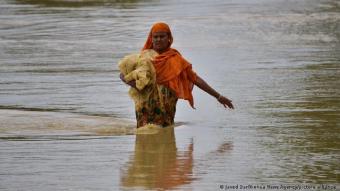